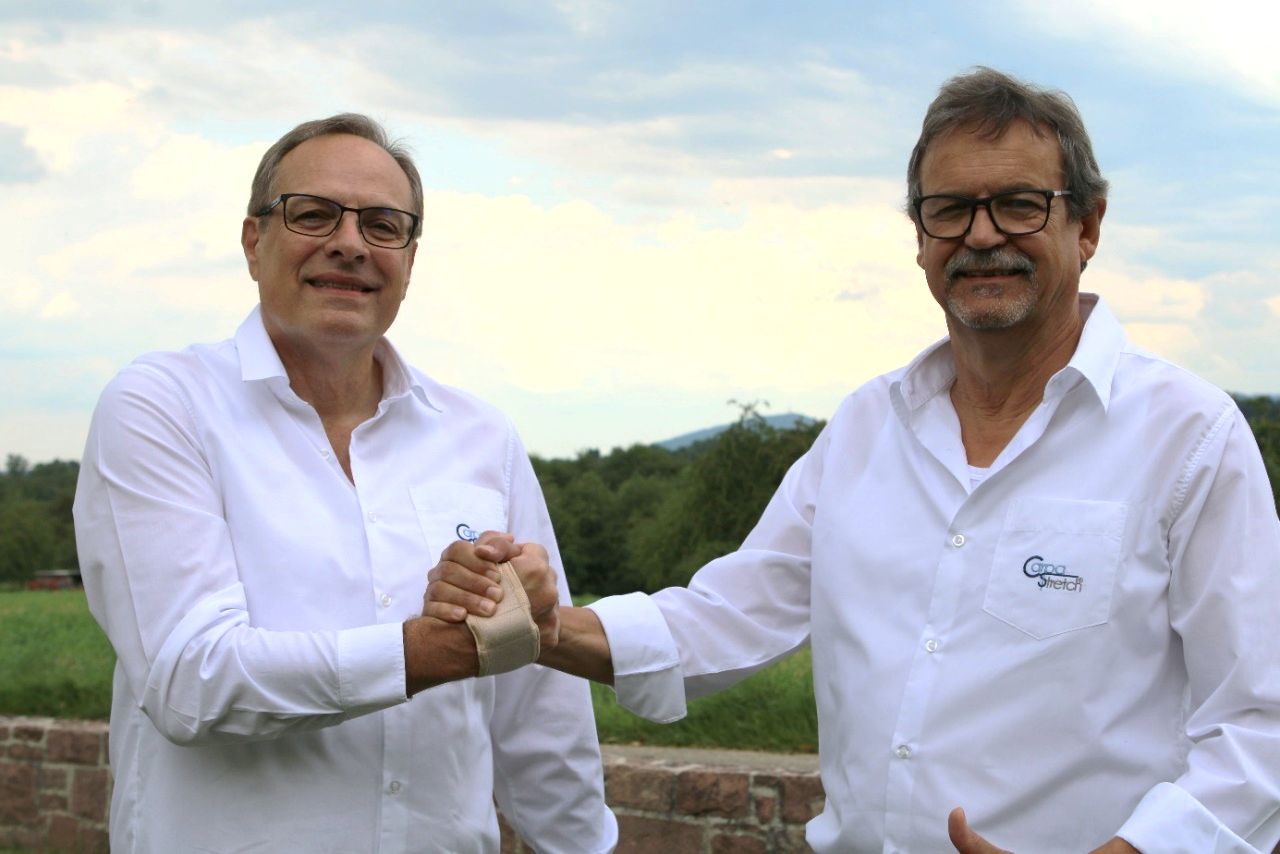 CarpaStretch® was founded in 2016 by the inventor Dieter Heyl. Since 2019, Bertram Bittel as man of action is on bord. Both of them are managing partners of CarpaStretch GmbH based in Achern in the Black Forest near the French border. Our main target is to establish CarpaStretch® as a standard method for treating the carpal tunnel syndrome without surgery.

How I came up with the idea of CarpaStretch 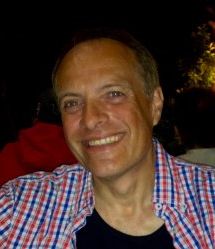 During my time in Malaysia my symptoms of numbness in thumb, index and middle finger worsened continuously. After my return to Germany I had to get up up to 5 times at night in order to feel my fingers again by means of massaging and shaking. Getting a full night’s sleep became impossible. The problems when writing on the keyboard became unbearable. Also, in my leisure time I was no longer able to ride my bike. Then I consulted my former company doctor in Sindelfingen and explained my suffering. He recommended an immediate surgery, i.e. the ligament above the carpal tunnel should be surgically cut. He assured, that complications are extremely rare and I should not worry too much. Cases like those of one of his close relatives are the absolute exception. Upon request he told me that this resulted in an infection consequently damaging the nerve. This led to a significant limitation of the hand motor skills.

Being a passionate do-it-yourself-man and admittedly a coward, I started to research alternative methods of treatment.

On the internet I came across a wide variety of methods and procedures to stretch the ligament above the carpal tunnel. This seemed logical to me because every tendon can be stretched by doing sports having the same effect as cutting by reducing the pressure on the carpal tunnel. After understanding the principle of action which should correspond to such a device, I myself started to tackle the topic like a mechanical engineer.

I soon realized that applying too much force is counterproductive. Also, when doing sports, like gymnastics for example, I have to stretch constantly and continuously in order to finally be able to do the splits. This was the key point that sprouted the idea of CarpaStretch®.

Shortly after that the first prototype was created. After various optimization loops, the CarpaStretch® Stretching Device was already very similar to today’s version.

After about 4 weeks I was able to sleep through the night and a short time later I could ride my bicycle again. Today I use CarpaStretch® about 2 times a month for about 4 hours to stay symptom-free.

When I reported about it in the circle of my friends, I noticed how many of them are affected by carpal tunnel syndrome.
CarpaStretch® also helped them permanently.

This is how the idea for a patent started. What followed was the search of suitable materials and suppliers, discussions with doctors and hand surgeons and the optimization of the application. In order to scientifically cover our subjective knowledge, a clinical study should be carried out.

However, soon it was clear that the costs of such a study in Europe was unaffordable for me. Due to my previous contacts to India, I found a renowned medical institute which conducted a certified study according to internationally recognized criteria.

In the meantime, the study has been completed successfully and showed that CarpaStretch® is trendsetting concerning the conservative treatment of the carpal tunnel syndrome. Our main target is to establish CarpaStretch® in the market in order to make it available for a big range of affected people.

What excited me about CarpaStretch® 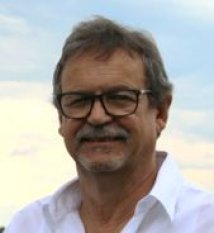 The chance of successfully treating the carpal tunnel syndrome without surgery inspired me from the beginning. In my previous professional environment, I was often confronted with colleagues who fell out for several weeks after a surgery on the carpal ligament or were unable to fully work for a longer period.
After Dieter and I got to know each other two years ago, both after a successful professional life in management, the idea of a common partnership soon started to successfully launch CarpaStretch® onto the market, thus preventing many people from surgery.

I gladly accepted Dieter ‘s offer to mutually take over the management of the Start-up CarpaStretch®. In this second professional career we can use and contribute all our professional experience. Being Head of the ARD-Team at the 2010 World Cup in South Africa and 2014 in Brazil it was a great pleasure for me to lead challenging projects to success. 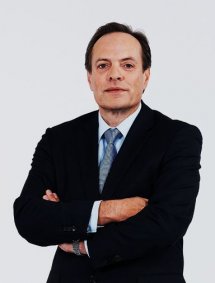 Dieter Heyl was born on July 6th, 1957 Achern-Mösbach, a small idyllic village on the edge of the Black Forest. He is married and has a grown-up daughter.

He studied mechanical engineering at the University of Karlsruhe and joined Daimler AG as a graduate engineer. After a trainee programme, he worked there for over 25 years in various areas and plants especially in the Quality Management.
After a detour as Head of Materials Engineering, he and his family spent three years in India heading the Quality Management for the Production Plant as well as the Sales and Service Organization. Subsequently he was authorized as Plant Manager to set up the new plant for passenger and commercial vehicles in Pekan/Malaysia for another 3 years.
Back in Germany, he headed the Quality Department for International Logistics.
After leaving Daimler AG, he was responsible for the two German Production Sites in the management of Messrs. KASTO, Achern (metal saws, sawing centres and storage systems) as COO (Chief Operating Officer).

Since 2015 he has been focusing on CarpaStretch®.

His hobbies are skiing, ballroom dancing, motor bike riding and the Rolling Stones.

Bertram Bittel was born on February 17th, 1953 in Bühl/Baden.
After studying Electrical Engineering at the Technical Universities in Munich and Karlsruhe, academic activities in the Research Institute for Applied Computer Science at the TU Karlsruhe followed. In parallel with work, he studied Business Management at the FernUniversität in Hagen (distance teaching university). In 1981, he switched to the SWF (Südwestfunk Baden-Baden) as Project Engineer and afterwards as Head of the Sound Broadcasting Technology Centre.
From 1993 – 1998 he was Chief Department Manager of the Sound Broadcasting Production thus being responsible for the entire range of Sound Broadcasting of SWF. Since the merger of SWF and SDR in 1998, he was Head of Technology and Production at the Baden-Baden location.

From January 2001 he headed the largest business unit of SWR for 15 years until his retirement as Director Technology and Production, thus being responsible for the complete technology and production in radio, television and internet.

During this time, he was responsible for the national transmission of many major sporting events such as the Olympic Summer Games in Athens 2004 or the European Football Championship in 2008.
At the FIFA World Cup in South Africa in 2010 and Brazil in 2014, he was ARD Team Principal and was responsible for the Programme and the Production Technology. Among other things he headed the ARD and ZDF Production and Technology-Commission for several years. In addition to the digitalization of radio and television, the focus of his work field also included the successful introduction of HD-television on ARD and ZDF.

He is married, has 3 grown-up daughters and several grand-children.
He loves Deep Purple, plays the piano, swims, likes cycling and plays volleyball.